Welcome our first litters of 2015!

It was so nice to see everyone at the State Rabbit show this past weekend, September 27th and 28th in Proctor, MN. We had an absolute blast with good friends and people. 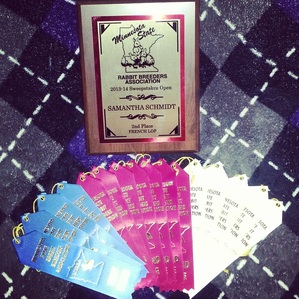 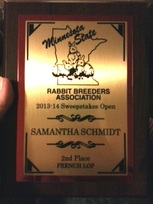 We will be attending the MSRBA show this weekend, 9/27 & 9/28, with several rabbits to show and sell. If you see any on our for sale page you are interested in please contact me or find me at the show Saturday and Sunday to take a look at them in person. Can't wait for a good weekend with good friends and people. 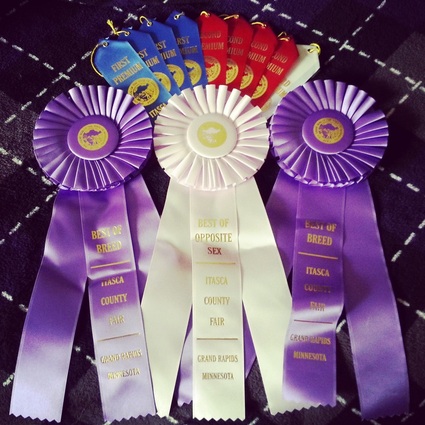 Meet the Rabbits of Milo & Me Recap 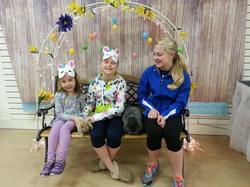 The turn out for the Milo & Me meet and greet was astronomical! We had people lined up well before the gates opened at 11 o'clock Saturday morning and it was supposed to end at 1 o'clock but we didn't get the gates closed again until 2:30 due to the extreme number of people who came out to visit us at the Easter Carnival! Pictured inset are from the left, Nash and Tucker, who were two of our biggest stars. They just hung out all day for pictures with the kids and did wonderfully.

Meet the Rabbits of Milo & Me! 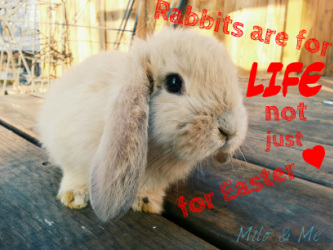 Come join Milo & Me as we team up with Gail's Country Critters to bring the joy of "Easter" bunnies to the local Central Square Mall in Grand Rapids, MN Saturday April 19th 2014! You will get the opportunity to meet some of the Milo & Me Crew for yourself and learn more on how much joy a rabbit can bring into your life and the endless laughs they can bring you. We help to educate people on why rabbits are not good pets and we help give them an idea of what caring for one is like. Also you will have a chance to have your picture taken with some of the Milo & Me Crew as well as Gail's Country Critters rabbits. 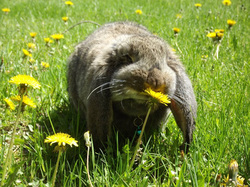 My little man Max was featured at http://bunny-stories.com/feature-bunny-story-max-the-bunny/  for his special upbringing and the story of how his life started out.

2015 Rabbit Shows we plan on attending: