My name is Samantha Drawz, formerly Schmidt. I am an artist, Architectural Drafter, author and animal lover. In my latest collection of stories I discuss the severity of animal neglect and cruelty. My goal is to teach children the importance of proper animal care and handling through my writing. 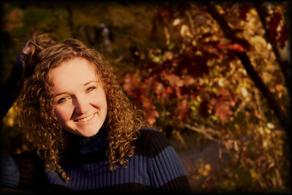 When I was 12 years of age my parents bought me my first Guinea Pig, a girl I named Dallas. Not long after that I fell in love with the species and they bought me my second one, a male I named Yogi. I had my first litter of Guinea Pigs that summer. Not long after I started to expand and get another one here and there, selling to local families, friends and the Pet Store in our little town. Soon losing babies started to take a toll on me but after the death of Dallas, I decided to get out of breeding Guinea Pigs and sold all but my male Doial, a Peruvian Long haired, and bought my first rabbit to house with him and started raising Hamsters.
Suki was a very small, hand raised Jersey Wooly. I fell in love instantly with him and rabbits in general the moment I picked him out. A short year later Doial passed away and I got my first Lop eared bunny, Larkin. He was a Mini Lop so bigger than Suki very early on weighing 6 pounds full grown.

1. Dislocated my shoulder by walking into a door divider...
2. I have had WAY more than 100 pets in my life (raised and went to good homes/found amazing homes for)
3. ‎I may seem shy at first but after a while Bam ! I'm a totally different person
4. ‎I'm a Real Girl! No fake Tan, No fake Boobs, No face splattered in make up.
5. While playing video games, I press random buttons and hope for the best.
6. I have had poetry published in actual books.
7.  LOVE southern love stories.
8. Was treed by a goat and a sheep with my best friend as a kid
9. Feels animals may need our help more than humans because they don't have the ability to take control of a situation...
10. Was almost lost in the banana plantations on a Mexican island on a runaway horse
11. Started my own business at the age of 12
12. Was saved by only my Collie dog from an aggressive pack of dogs that had formed.
13.Dad showed my dates his ENTIRE gun collection and then proceeded to explain we are surrounded by bogs that no one would ever find a body in if they ever hurt me...
14. Stayed across the hall from Darryl Worley and met him!
15. Love movies with Katrina Marie
16. Has had my heart broke once or twice
17. Bottle raised baby bunnies from birth and they lived
18. Successfully fostered and released 2 wild baby bunnies, which everyone (wildlife specialists included) said would be impossible
19. Am the youngest drafter at my architecture firm by 5 years or more
20. Had to take someone who is like my brother to prom because of the lack of a date
21. Is kinda actually scared of the weather patterns we've been having
22. Wants to live in Nashville
23. Loves my family, pets and friends more than words can explain
24. I wake up with a cat nearly suffocating me if I go to bed later than he wants
25. I wrote a children's book and am working on a few novels...